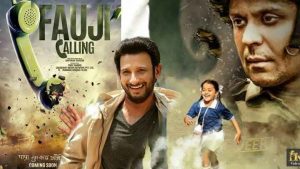 Mera Fauji Calling is the story of an army man’s family. Rajveer Singh (Ranjha Vikram Singh) is an army man who is fighting the enemy. Back home, his family is waiting for him to return for some time at least. His wife, Sakshi (Bidita Bag), stays with their daughter, Aaradhya (Mahi Soni), and his mother (Zarina Wahab). Aaradhya dotes on her father.

The heart-wrenching news of Rajveer’s death on the battlefield reaches Sakshi on Aaradhya’s birthday. The family hides the news from Aaradhya. As time passes by, Aaradhya misses her father but Sakshi keeps telling her that he is unable to return home for the holidays as he has been promoted and is, therefore, very busy. To her query, one day, about where he has been sent after promotion, Sakshi tells Aaradhya that he has been sent to God. That’s when Aaradhya decides to bring back her father from God.

On her way to God, little Aaradhya meets Abhishek (Sharman Joshi) and narrates him her sad tale about how she wants to get her dad back. Abhishek is moved enough to pretend to be her father whose face has been changed by God. An overjoyed and innocent Aaradhya believes him and takes Abhishek home. What happens thereafter? Do Sakshi and her mother-in-law play along just so that Aaradhya does not get a shock about her father’s demise? 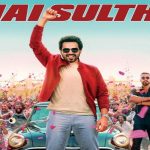 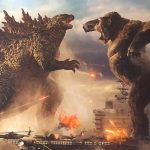